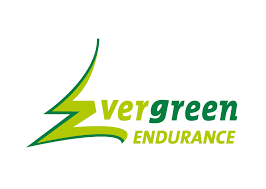 On the 12th and 13th September 2015, Chamonix will welcome endurance athletes from around the World to participate in a new concept in endurance sport. The team from Evergreen Endurance are placing responsibility at the forefront alongside the challenge itself and believe in responsible athletes that love the environment they train and race in. “We believe that reducing our damaging footprint on earth is isn’t always about doing less but doing more to help. So we say… Hammer the race… Leave no trace…” Evergreen Endurance.  The challenge was created by Bruno Lebeda and Carlton Rowlands who both live in Chamonix and are experienced endurance athletes, Bruno has completed over 100 triathlons, of which 18 Iron-distance and 51 half iron distance so he’s had the time to contemplate what makes a great triathlon event. “It’s a dream come true to use my sense of creativity as well as my knowledge of the sport to craft the dream triathlon.” said Bruno Lebeda, Director Evergreen Endurance.

BeFitApps were so impressed by the team’s vision that we were delighted to become a partner.  – “We’re very lucky to have some fantastic partners for our first edition. Just in from the clinical and coaching experts at BeFitApps and their online training programme TriFit. Sign up now because there’s no better time to get this type of training into your Evergreen 118 and 228 programs!” said Carlton Rowlands, Director Evergreen Endurance.

For more information on the event check out their website

And if you like the idea of training in the beautiful Chamonix valley this Summer, check out ‘Blackrock’ , a local company organising Ironman and Olympic distance training weeks with Triathlon Europe and Phil Mosley,