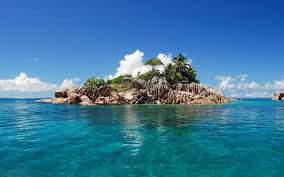 This is my imaginary island, my ‘excuse island’ for when I’m suffering from ‘excuse-itus’. Brian Tracy, author and presenter in personal and business development suggested many people get stuck on ‘Someday Isle’ which limits success in achieving our goals, unless we vote ourselves off the island and basically get on with it.

Life is busy, a tricky balance between family, friends, work, home, admin, holidays, health and hobbies, so when do we find the time to exercise?  I could be an Olympian if there was a sport for finding reasons for not going out training….

“I had a chocolate biscuit three hours ago therefore the day’s ruined!”

“I need to be in the right zone”

These are just a few and I’ve used them all and thinking up new ones all the time.  Obviously there are many times when circumstances restrict or cancel your plans. I don’t believe that we should ever put training above everything because in the greater context, family and friends have to come first. HOWEVER, the one unanimous thought I have when returning from a run is ‘why did I wait so long’. I always feel 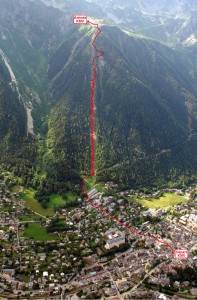 amazing when I return from either a short or long training run and enjoy a better and healthier perspective on everything. So why don’t I stop making excuses and RUN?

I could go on, but I won’t …. you see I’ve been putting off training for a while now and that’s not good, because I’ve signed up to run a Vertical kilometre. Run is an ambitious word and yes it’s pretty much straight up a mountain.  A few years ago someone had a great idea to add an event to the Marathon weekend in my home town of Chamonix and so was launched the ‘Vertical Kilometre’ (VKM), two kilometres with an average incline of 50% !!!  Here’s a picture of route, and those aren’t scribbles, there are in fact switch backs!

So I’m training for that in June and hope that I’ve left myself enough time to do myself justice. They’ll certainly be many RunFit sessions and discussions on technique, because unlike the 55km trail run (OCC) I ran last year, poles are not allowed.

As of last week there were still a few places left so if you’re feeling like a challenge, join me and apologies in advance if you get stuck behind me. 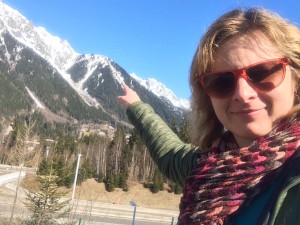