‘We nearly got swallowed by a humpback whale!’ These words will be forever etched on my memory.

We were paddling through the silky waters off the coast of Alaska in a sea kayak and an inflatable boat not much bigger than a lilo when suddenly herring began jumping clear of the water. They knew only too well whilst we were blissfully unaware.

Moments later thirteen wide-mouthed humpback whales erupted vertically out of the water like ballistic missiles, scooping tonnes of water and as many fish that were unfortunate enough to be in its path. We were lucky not to go down with the fish or at least head for a very cold swim. Steve’s words had barely settled across the ripples as the whales dived to line up a second helping when another idea surfaced. 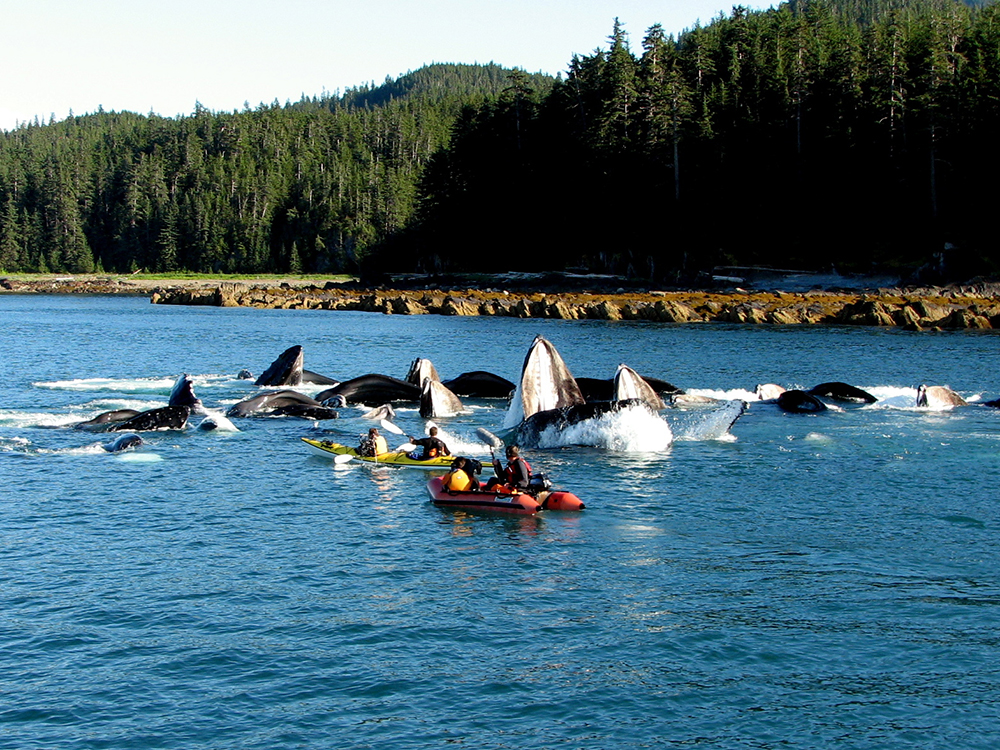 The tide was turning and the need to camp somewhere along the rocky shore to allow the adrenaline to subside was appealing. But adventure and all that goes with it was proving highly addictive. The hit from the morning’s activities was enormous and going to be hard to beat but our day was less than halfway through with the perpetual light that comes with high latitude. We put up our meagre nylon shelters on a raised platform out of the water’s reach and turned our attention to a salmon filled creek.

A few hundred metres upstream a small waterfall formed a natural barrier to the gravel spawning grounds that the sockeye were looking for. Experience also told us that it was the perfect fishing beat for grizzly bears.

Armed with nothing more than a double barrel of hope, we moved up the left bank not daring to make a sound. The boney carcasses of salmon, the sort found under Top Cat’s Officer Dibble’s feet, littered the shore. Fallen trees bore the deep-clawed scars of our ursine friends. A sharp cracking sound of a breaking branch caught our attention. The dense undergrowth on the far shore waved in the sunlight just twenty metres away. A female bear ambled into view to the edge of the cascade, stuck her head into the foaming water, pulled out a huge salmon and stripped it clean of its flesh in one pull though its jaws. Two playful cubs followed, bounding in and out of the water, tackling each other into the eddies.

We crouched, eyes on stalks, nauseous with trepidation and watched until the mother grizzly set off through the water and began to wander, belly full, along our side of the river. We clustered close together, held our arms out and calmly let the bear know of our presence. “Yo bear. Yo bear.” Sated on salmon and a fine summer berry crop we were of no interest. She raised her head, had a sniff at the air, turned left just metres away and with the two cubs in hot pursuit disappeared into the forest. Our hearts could beat no faster. 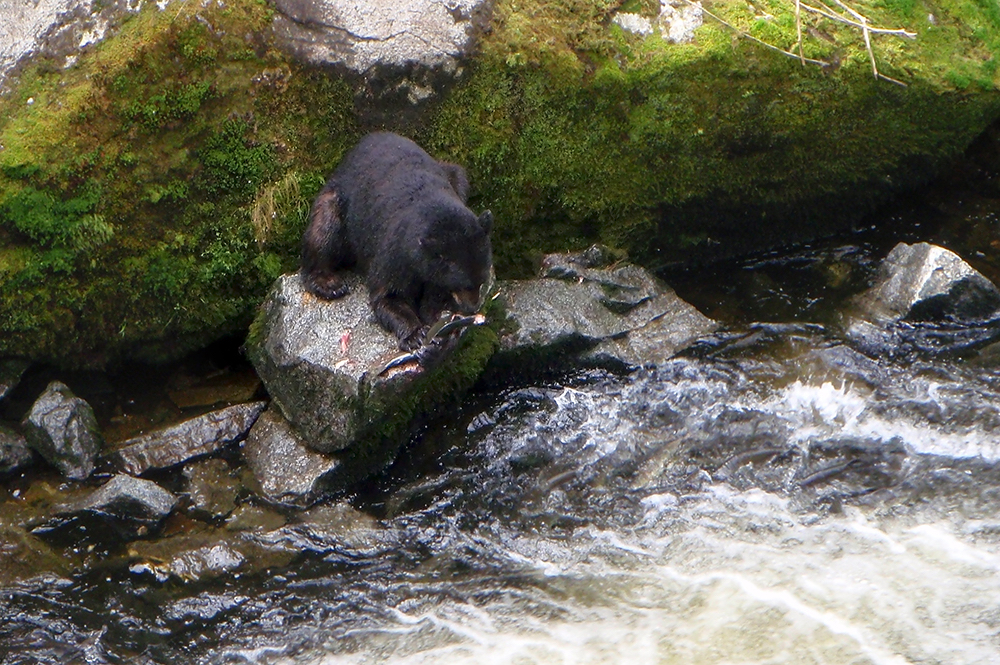 Alaska is one of my favorite places on earth. It’s mix of total wilderness, iconic mega fauna, powerful rivers, giddying canyons, dramatic mountains and calving glaciers form a heady cocktail ready to assault the senses. It’s a place where you lose yourself in grandeur and vastness.

It is a place where minds become like giant jewellery boxes. Where the trinkets of what we may have thought important get replaced by the diamonds and rubies of memories; powerful moments that no one can buy and that happen because we entered a natural flow and immersed ourselves within a landscape with a subconscious notion of finding what, for most of the time, we have lost in this day and age. Alaska brings out in us a sense of wonder, awe and a wealth of experiences that become items of such value that need to be locked away and kept safe forever.

Turn the key. Think back. Where was your wild day ?

Reflect, reminisce and if you’d like to share it with us, we’d love to hear about it… 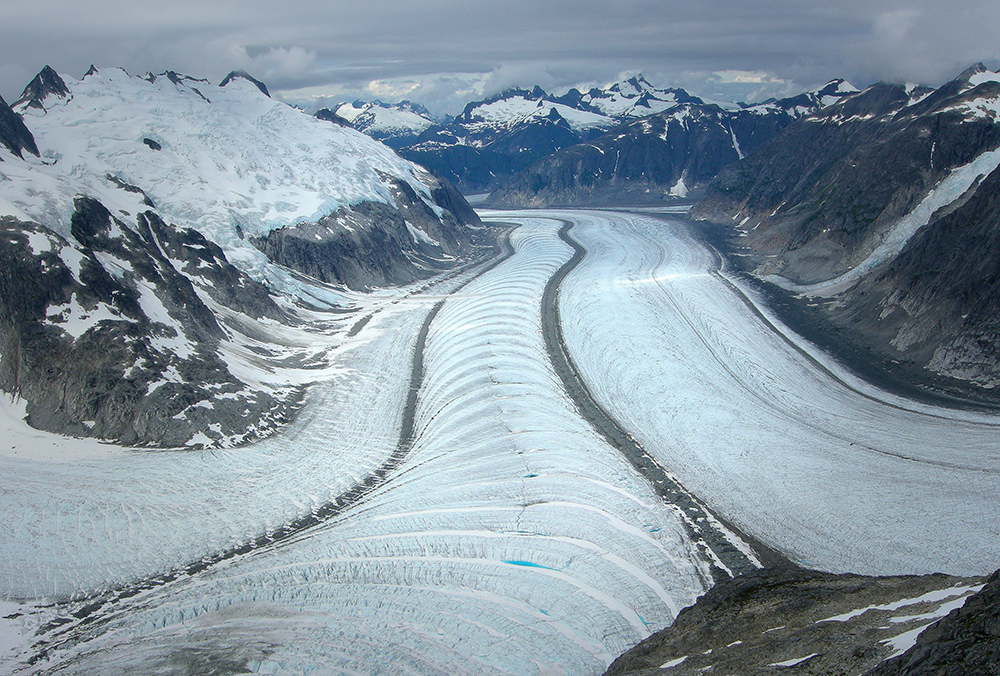