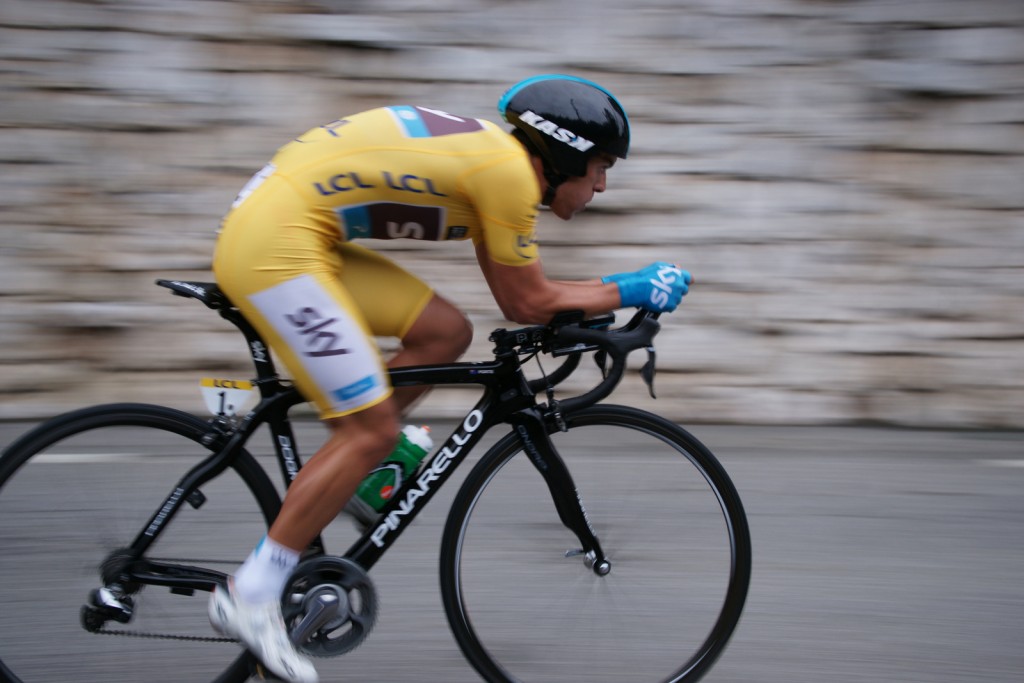 Triathletes probably all know this already but it seems clear now that swimming can provide significant benefits for other aerobic sports such as cycling. Strong evidence for this comes from the return to form of Team Sky cyclist Richie Porte after a 2014 troubled by illness with a dominating performance in the 2015 Paris-Nice stage race.

The secret sauce in Richie’s success? A winter spent blending training miles on the bike with an average of 20km swimming per week in his local pool in Launceston, Tasmania.

I would ride my bike in the morning, then come back home and walk the kilometre to the pool in the ‘arvo’. It was a fantastic routine. It really put me in good health…

How did swimming help? Initially swimming helped rehabilitate lungs scarred from a pneumonia suffered in 2014. Swimming then also provided a great cross training activity for the off-season which ultimately he credits with boosting his breathing capacity. He has demonstrated this increased breathing capacity with a crushing win in the final Paris-Nice time trial on the Col d’Eze.

A few years ago the prospect of swimming in the cycling off-season would have been scoffed at by cycling coaches and team managers. But now with sports scientists and human performance experts gaining influence in the professional cycling world, a lot of the old traditional cycling views on cross training, core strength and conditioning are now being washed away.

There is a lot of that folklore. You don’t swim, you don’t walk upstairs and this and that. I come to an Italian background [in cycling] where they told me not to swim, not to do core stability and things like that. But the sport has changed so much and if you have the right people like Tim Kerrison telling you to swim, I take their word for it.

So if you are a triathlete, take heart! If you are a cyclist, pay attention! Cross training offers huge benefits whatever your sport, and core strength and conditioning really can’t be ignored any longer. Fortunately we have the perfect programme for you to add these elements to your training with the BikeFit programme and the TriFit programme!

Try both BikeFit and TriFit for free