If you’ve been watching this year’s Tour de France you have probably witnessed some of the horrific crashes which have been occurring with spectacular regularity. With only a flimsy piece of lycra for protection, crashes such as these can take a heavy toll on the riders’ bodies resulting in bloody lacerations, painful dislocations and quite often, broken bones . It does seem that professional riders are impervious to pain as many will battle on to finish the stage and even complete the whole Tour in spite of these debilitating injuries. There are however, some injuries that even the bravest and most impervious to pain can do nothing about (just ask Fabian Cancellara) and riders can often find themselves on the sidelines for long frustrating stretches. When the worst does happen and they can’t hit the road for hours on end, what does a professional cyclist actually do?

Get in the gym and work on their core strength and conditioning! 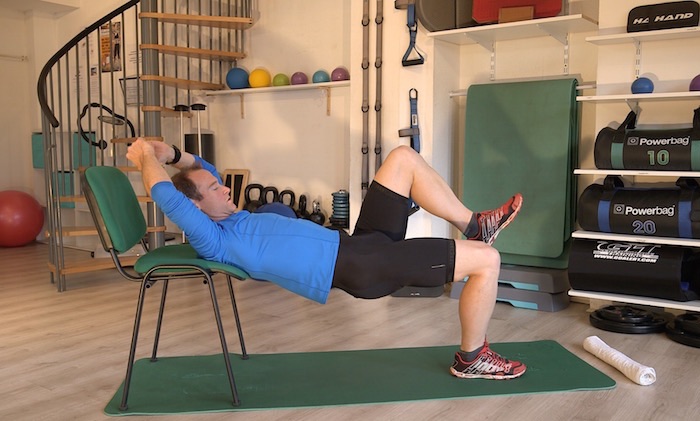 Pro cyclist Jack Haig unfortunately suffered the curse of all road cyclists this spring… crash-caused road rash. This damage was significant enough that it kept him off the bike for two whole weeks which as all keen cyclists will know, will have been absolute torture. Despite this, it didn’t mean that he had to stop training all together. Instead it presented an opportunity to get in the gym with the team physiotherapist and work on his core strength and conditioning. Here’s a video of some of the gym work he was doing during that time that should serve as inspiration for all of us aspirational cyclists!

Some @gopro footage of this mornings gym session. After a small break to let my wounds heal up for tour of Bretagne, its times to put the work back in agian for the second half of the session with the @cyclingaustralia lads. Repping @maapapparel socks with no shoes for extra #sockgame #cycling #gym #fit #gopro

But what if you are not a professional cyclist and you don’t have your own team physiotherapist on hand to provide you with a core training plan? Well you are in luck as that is exactly what we at BeFitApps have put together for you with the BikeFit videos starring our very own world class physio and Mr Motivator Neil Maclean-Martin. In these videos Neil talks you through each of the exercises, demonstrates how to develop and maintain good form (which is key to getting the most out of these exercises) and provides you with guided sessions so you just have to click, play and the man himself.

So why work on core strength? Well there are actually a whole host of benefits for cyclists. Core strength will allow you to protect your body against the unnatural cycling position you are in meaning you will be more comfortable for longer periods in the saddle. In addition, you will also be able to ride in a more aggressive, low profile position and you will have a stronger platform for the pedalling motion which creates both greater efficiency and the ability to generate more power.

You don’t have to be injured or in the off-season to benefit from access to a core programme as a cyclist. I find there are times such as working away from home attending meetings and conferences, or just when the weather really is bad, when getting out on the bike just isn’t possible. During moments such as these, the BikeFit workouts are a great way to scratch that exercise itch and also still benefit my performance and enjoyment on the bike.

Convinced yet? Below is an example of one of these core exercise videos to whet your appetite. Its a tough exercise to do well, but the benefits are enormous and you will get stronger and quickly too!

The BikeFit exercise programmes form part of the TriFit part of BeFitApps Club membership which is available for only £9.99 per year and you can try it out for free today by setting up a trial account.